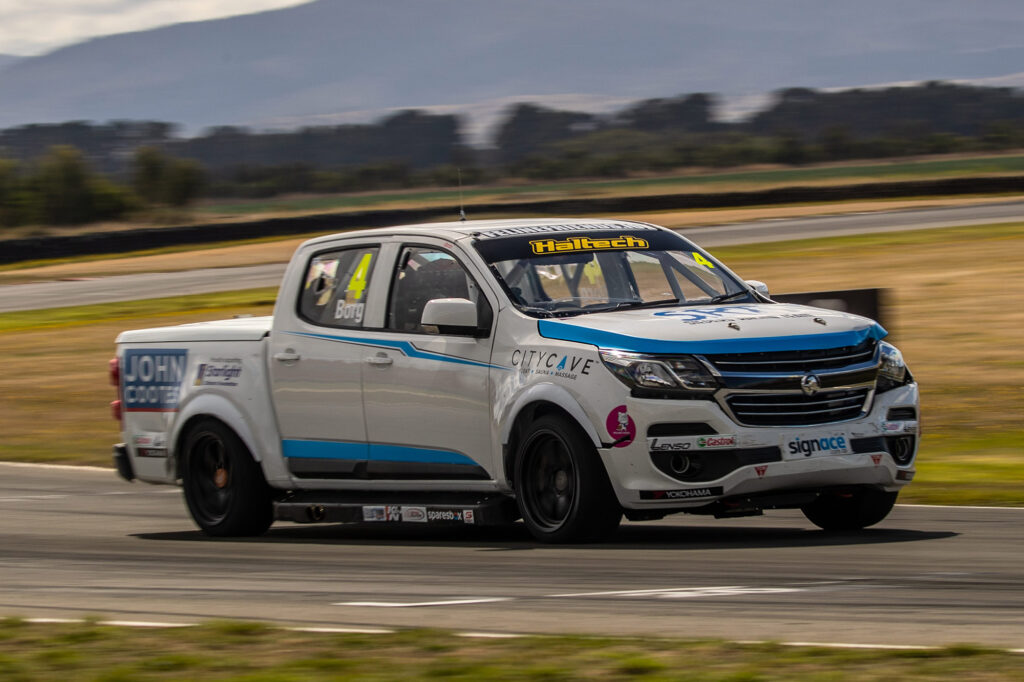 A title contender last year, Aaron Borg remains with the Sieders Racing Team for the 2022 Haltech Superutes Series, but makes the move to a Holden Colorado.

Borg is a previous winner of the Toyota 86 Racing Series and made the transition to a full-time Haltech Superutes campaign last year in a Sieders Racing Team Hilux.

In his inaugural season, Borg finished with two pole positions and four race wins, including the concluding race at Mount Panorama.

But why the change of brand?

“Luke told me he was building up a Colorado, so I thought I’d jump in it,” Borg said.

Borg is aiming to further his career through to Super2 and explained Superutes provides beneficial experience to make the jump possible.

“The good thing about it, as weird as it sounds because they don’t look it, but driving wise the Superutes are very similar to a Super2,” said Borg.

Moving from the Hilux to the Colorado, there are a few differences Borg has noticed mainly in the front-end.

“We haven’t done a proper test day in the Colorado yet, but aerodynamically I don’t think there is much difference, but in terms of handling there is,” Borg explained.

“The front-end in each model is slightly different and that is where the big difference is in just fine tuning that in the frame, which I think is great.”

Borg is targeting nothing short but the series win after narrowly falling short in 2021.

“After last year we got very close and unfortunately didn’t end the way we wanted to,” Borg reflected.

“Our goal for this year is to try to get on top by winning all the races we can and if that ends up being the series win then that would be great.

“The goal is to get as many poles and wins as possible, then we’ll see where we end up at the end of the season.”

The next round of the Haltech SuperUtes Series will be held in Perth laster this month.