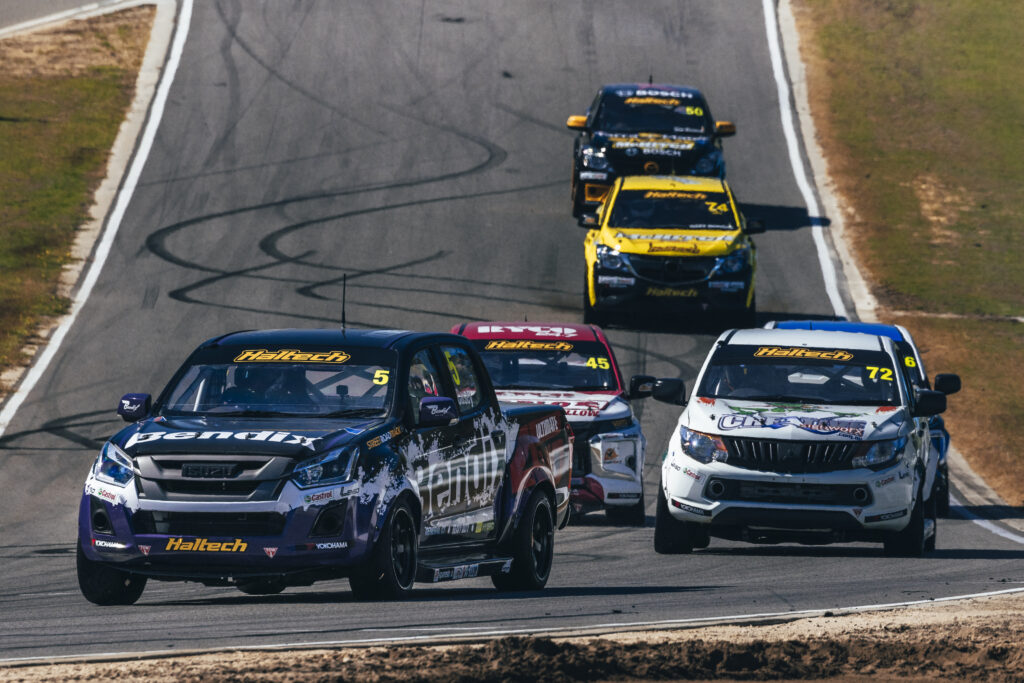 The recent round of the Haltech V8 SuperUtes Series at Perth’s Wanneroo Raceway was not only the first trip for the category in its new configuration, but also for many drivers including Bendix Ultimate 4WD’s Dave Casey.

Casey entered the second round eighth in the standings following a solid maiden appearance in category driving the sole Isuzu D-Max in the field sporting a stunning livery.

Hoping to maintain this series position in Perth, Casey used Friday’s two practice sessions to learn Wanneroo and begin setting up the Bendix D-Max for the four races ahead, however there were niggly problems to solve beforehand.

“Practice and qualifying today didn’t go too bad. We were sort of chasing a few mechanical dramas,” said Casey.

“There was a bad vibration under brakes and a bit of a notchy gearbox, so fortunately we’ve got an awesome mechanic and crew at Sieders Racing Team.

“They sorted it out for me so it was all sweet for the races.”

Qualifying was held later on during Friday evening after Casey had run 12th fastest during practice, but he improved to drop to a 1m 07.27s placing him 11th on the grid for the opening race.

In Race 1, Casey maintained 11th as he battled Josh Hunter, Ellexandra Best and Dean Brooking for a place inside the top 10.

Although he missed out on a front-row berth for the inverted grid format of Race 2, Casey successfully climbed inside the top 10 by finishing eighth in a tight battle with Sieders Racing Team stablemate Harry Gray in a Ford Ranger.

Further improvement came in the third event as Casey finished seventh before dropping back to eighth in the final.

His consistent results across the weekend’s four races were rewarded with sixth as Casey improved one position in the Haltech V8 SuperUtes Series standings to be seventh on 284 points.