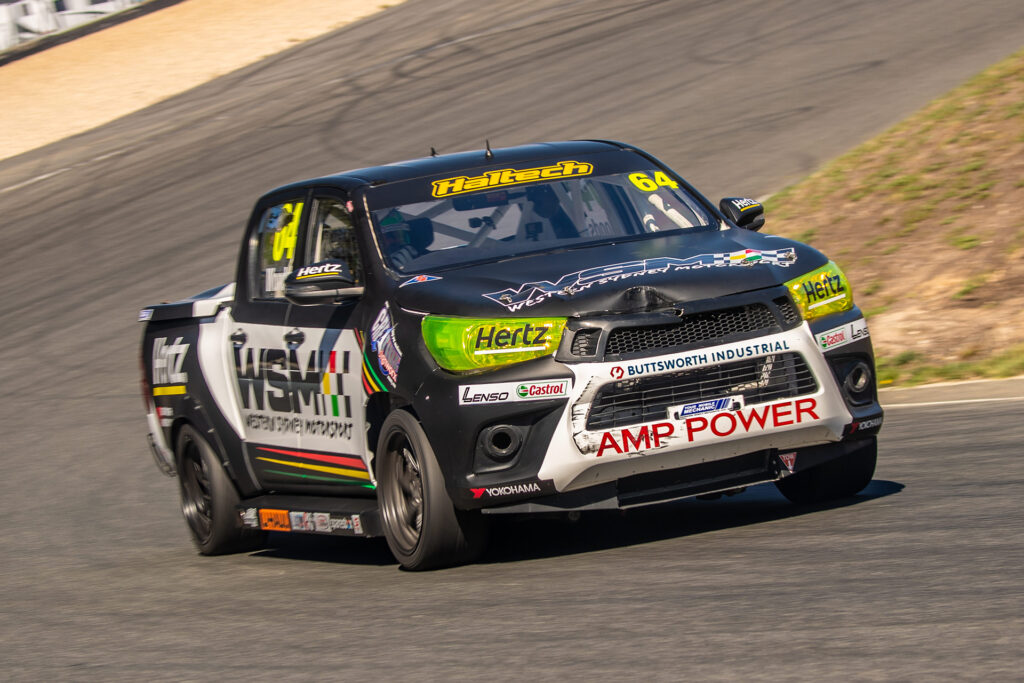 Craig Woods has taken his first-ever Haltech V8 SuperUte Series pole position for the opening round of the 2022 season at Symmons Plains.

The Penrith-based driver set a scorching time around the tight 2.41km circuit, despite encountering a problem in the front end of his Toyota Hilux during the 20 minute session.

The Western Sydney Motorsport’s driver edged out his Sieders Racing counterpart Aaron Borg by less than a tenth of a second, with his fellow Sydneyisder unable to find an answer to edge out Woods.

Woods was pleased with his efforts, despite his mechanical scare.

“It was a bit eventful today. I feel we were lucky to end up on pole position after we had a problem with the front end,”

“We’ll count our blessing there that it didn’t happen in the race and move on.

“But this is our first pole in the category so I’m pretty excited to lead from the front tomorrow morning.”

Borg, who has switched from the Toyota Hilux to a Holden Colorado during the off-season, was pleased with the initial pace he has been able to get from his new SuperUte.

“It was good to get out today. We’d only done a few laps before we got here,”

“We ended up doing quite well. P2. Just missed out on pole, but it’s pretty close top front so the racing should be pretty good so I’m looking forward to it.”

Craig Dontas will start third in his Mitsubishi Triton and will be pleased with his initial speed, being just under two tenths from the pole time of Woods.

The only major incident for the day came when female racer Ellexandra Best hit the wall under the bridge during qualifying, bring out the red flag. Her Triton will be repaired for tomorrow’s first race.

Four races will be held over the Tasmanian weekend, with two each on Saturday and Sunday.

All of the racing action is live and ad break-free on Foxtel and Kayo.