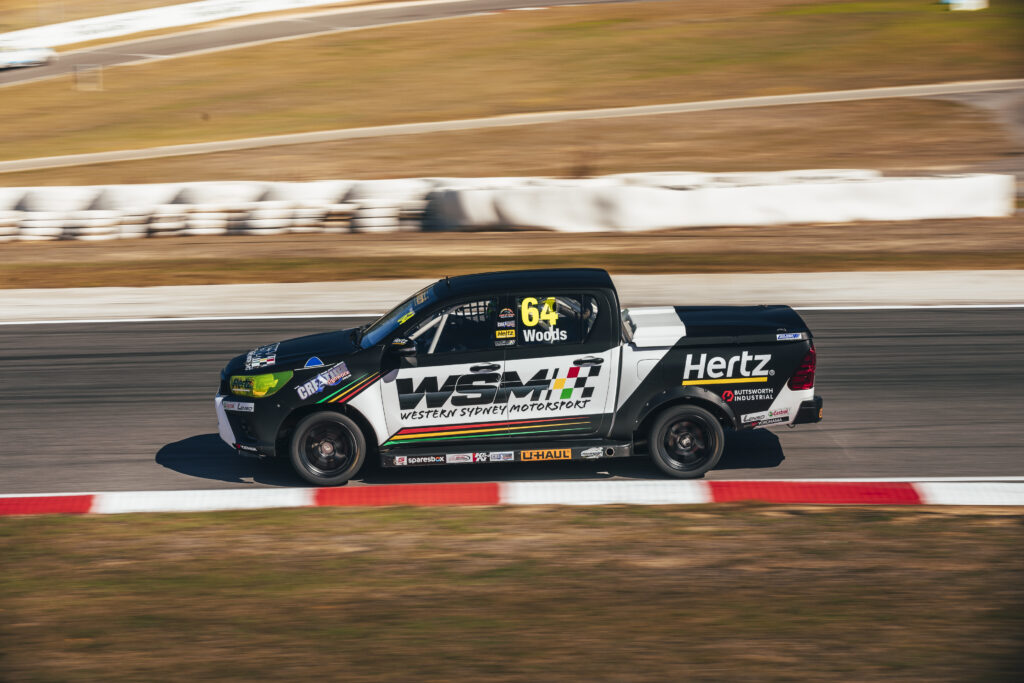 Series leader Craig Woods has continued his Tasmanian form to take pole in the Haltech V8 SuperUtes Series debut appearance in Perth in this configuration.

Woods set the early pace in the Western Sydney Motorsport Toyota Hilux with a 1m 04.952s, the first driver to drop into that bracket led series returnee David Sieders by 0.098s in the lead Sieders Racing Team Mitsubishi Triton.

A red flag interrupted the session halfway through leaving a three-minute shootout for pole position.

Sieders failed to return to the track and Woods failed to better his time set at the beginning of the session as neither did anyone else, giving the series leader prime starting position for tomorrow’s opening race.

Aaron Borg was first of the Holdens in third just 0.193s in arrears and he’ll share the second row with South Australian George Gutierrez in his Go Sunny Solar Colorado.

Leading the Toyota Hilux charge is Ben Walsh, who was within a second of pole in fifth, as Chris Formosa enjoyed a strong run in his Allgate Racing Ford Ranger to line-up alongside.

In his return to national competition, Josh Hunter was seventh alongside current runner up in the series fight Ryco 24.7’s Craig Dontas in a Mitsubishi Triton lockout.

Rounding out the top 10 was the Ford Ranger of Harry Gray and Abcor Racing’s Rohan Casey driving a Toyota Hilux.

In the earlier practice session, Dontas set the pace with a 1m 05.674s as the top six were covered by less than a second, with the closeness carrying across to qualifying.