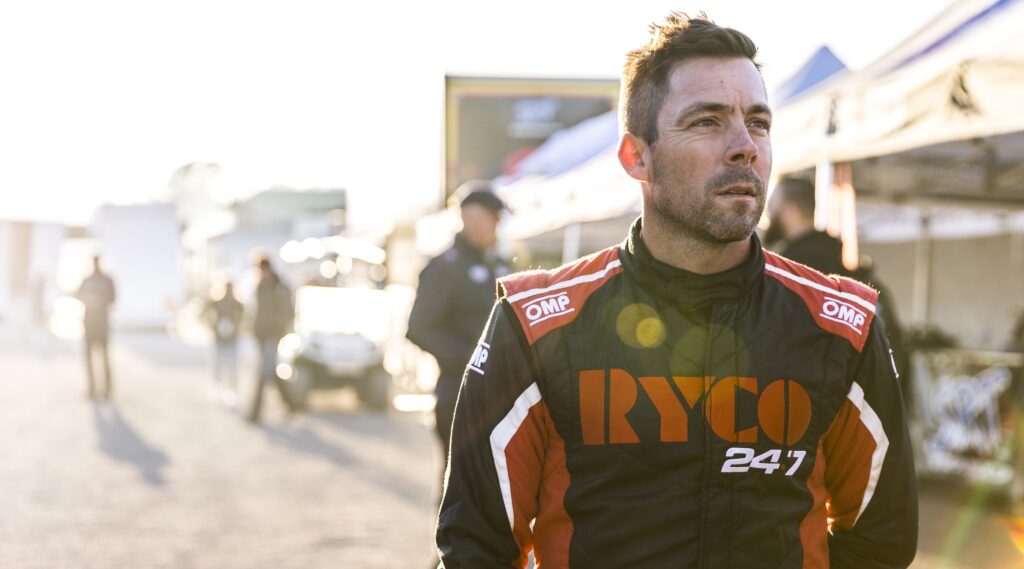 Haltech V8 SuperUtes Series frontrunner and stalwart competitor Craig Dontas is set to hang up his helmet at Bathurst this weekend (October 6-9, 2022) after more than 25 years of competitive racing.

The 42-year-old from South Australia, who races the #45 RYCO 24•7 Racing Mitsubishi Triton prepared by Sieders Racing, also works as the head of commercial sales at the Repco Supercars Championship. With a growing young family as well, the SuperUtes race winner says the time is right to end his racing career at the holy grail of Australian events.

“From the V8 Utes, Trucks and SuperUtes I am done, and it sounds final but it has been an amazing journey,” said Dontas. “Motorsport at times is a very selfish sport. The commitment needed and sacrifice has put a toll on my young family, so it’s important to be more present as my children grow up and to be a part of their sporting endeavours.”

After competing in superkarts and production cars in the late 1990s and early 2000s, Dontas become a V8 Utes Racing Series mainstay, scoring numerous race wins and podium finishes. Part of SuperUtes since 2018, Dontas has also worked tirelessly behind the scenes generating commercial support for the series.

“I’ve had so much fun, worked with some awesome commercial partners and been part of some iconic moments. I loved my time in the green Thirsty Camel V8 Ute, jumping a Stadium Truck and representing Mitsubishi the factory in SuperUtes, to right now with RYCO and our great partners. I’ve made life-long friends and memories, but most importantly worked bloody hard at it all to do it the right way.

“Motorsport has been good to me but I believe I have a greater purpose than chasing tenths. My role at Supercars keeps me extremely busy and also takes considerable focus. So to do both racing and working for Supercars at the events, it’s almost impossible. Behind the scenes there is much more that no-one sees with regards to help, advisory, management for teams, drivers, and events teams, and to be honest this excites me more these days,” said Dontas.

Despite putting an end to his racing career, Dontas revealed he is not lost on the sport with plans to still remain involved in SuperUtes in 2023 and beyond.

“I’m committed to Team Triton and RYCO 24•7 Racing in 2023 with a potential expansion plan, so we are on the hunt for a rookie. Plus where I can have a steer somewhere I will, in different cars. So a switch to team owner, mentor and importantly giving young drivers a shot will be my focus from a SuperUtes perspective.

“I am a big believer in legacy and the next phase in my career is about legacy, how I can help and contribute to the sport to make it a better product and outcome,” concluded Dontas.

Category manager Luke Sieders praised Dontas on his lengthy career and extensive contribution to the series and it’s growth.

“Craig has been a big part of the success of the Haltech V8 SuperUte Series and we can’t thank him enough for his dedication and passion for the category,” added Sieders. “He’s not just a handy steerer but a sensational bloke and while it’s sad we won’t see him race on track full-time, we’re excited about his plans to stay associated and work on expanding into team land. We wish him the best for his final round at Bathurst this week.”

Round 5 of the Haltech SuperUte Series will be held at the Repco Bathurst 1000, Mount Panorama, this week from October 6-9, 2022. Practice and qualifying will be held on Thursday, Race 1 on Friday, Races 2 and 3 on Saturday and the final race on Sunday morning.