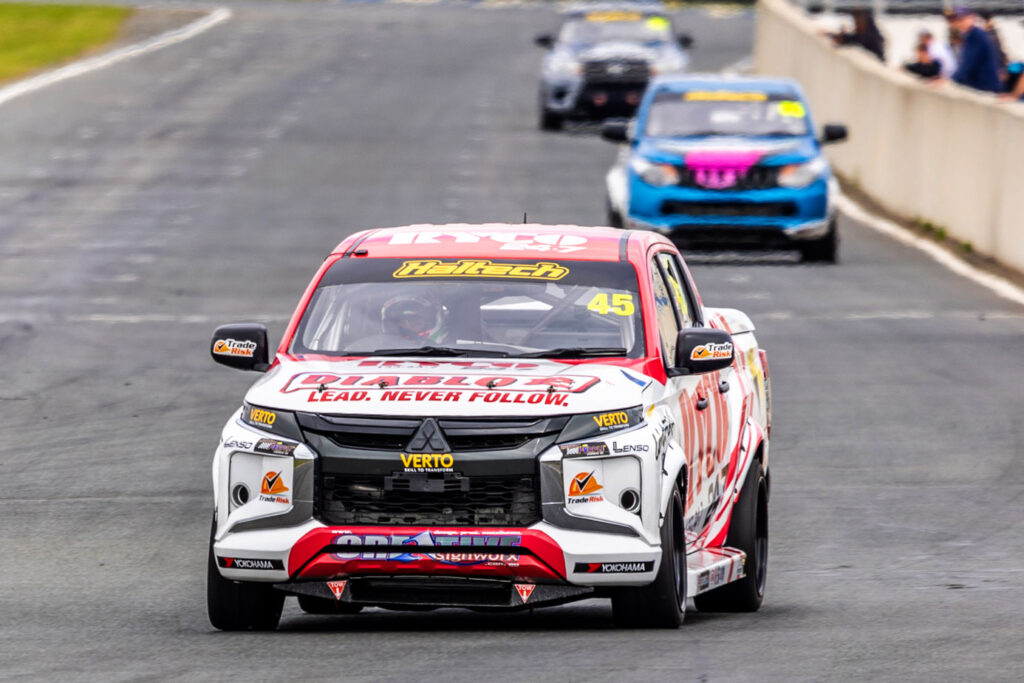 Fifteen confirmed for opening round in Tasmania

A strong 15-car field of Haltech SuperUtes will grace Symmons Plains Raceway in Tasmania for the opening round of the 2022 series this weekend.

A strong 15-car field of Haltech SuperUtes will grace Symmons Plains Raceway in Tasmania for the opening round of the 2022 series this weekend.

The Isuzu entry of David Casey for the Sieders Racing Team is the latest brand to enter the category, making it a class filled with six different manufacturers represented.

While the utilities share common panels and stylings of the LCV dual cab road-going versions, what lies underneath is a mighty story.

This weekend’s event will be the first time that the SuperUtes, in their current V8-powered guise, will compete at the short and sharp Symmons Plains circuit.

Tasmania will be represented by Layton Barker, 41 from Hobart, who will drive a Mitsubishi Triton.

The field will also feature female representation from Ellexandra Best, the sister of Super2 Series leader Zak Best. The 20 year old will drive a Mitsubishi Triton.

While there are many variables in the V8 SuperUte Series, one thing that is for sure is that there will be a new champion to crown. Former category winners Ryal Harris and Tom Alexander will not compete this year, opening the door for a new wave of Ute talent to step up to the mark.

The 2022 Haltech V8 SuperUte Series will take place over six rounds, starting this weekend in Tasmania before visiting iconic events like Wanneroo in West Australia, Winton, The Bend, Bathurst and the Gold Coast street race.

All of the action will be broadcast live and in HD on Foxtel this weekend.

“The thing that is going to be the best this weekend is getting down to Tassie. It’s a fresh track, these cars haven’t driven there with our new V8 power, and the circuit is unlike anything else in the country,” said Stewart.

“There’s so much variety now in the V8 SuperUte Series, it’s hard to know who will be fighting for the wins.

“It’s will be good to see if the Tritons and BT-50 can be up there. I think it’s going to be anyone’s game, and possibly, the team that can get on the set-up because it’s going to be a very busy circuit in a Ute.

“I also can’t wait for the Tassie fans to get to see these cars on track. We know the Tasmanians love their motorsport, and they love their utilities, so this is the perfect match.”