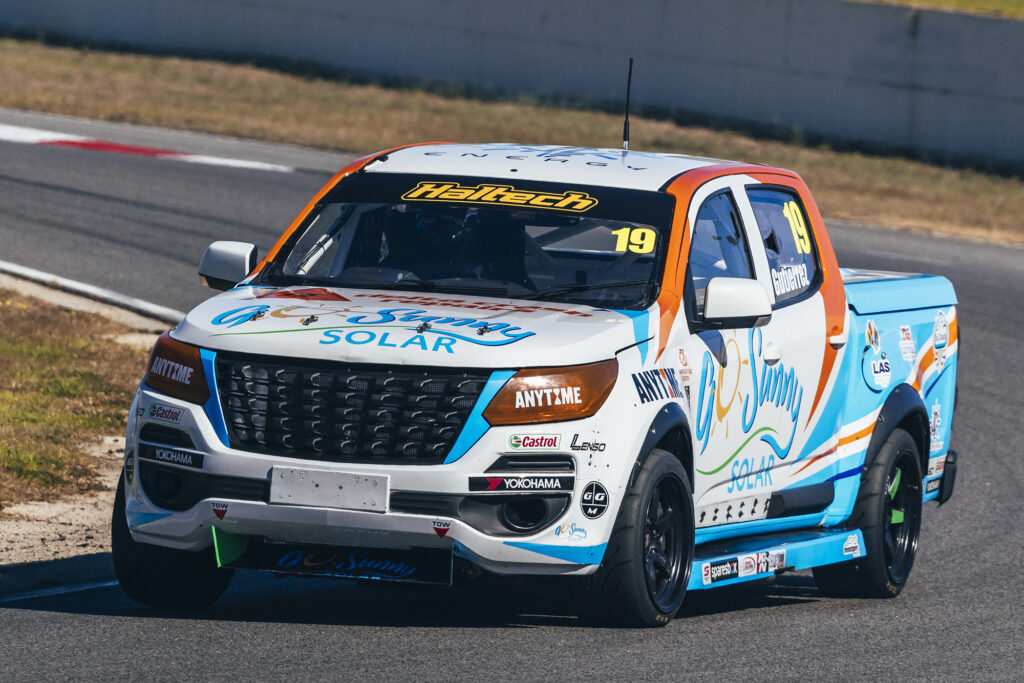 The inverted top six left the Ryco 24.7 Mitsubishi Triton of Craig Dontas on pole and led the rest of the field through Turn 1, with some three-wide exiting the corner.

After finishing second in the opening encounter, Aaron Borg was determined to add a victory in his Sieders Racing Team Holden Colorado and succeeded in doing so at Turn 5. In his attempt to get a good exit out of the corner and mount another attack, Dontas ran wide, spinning into the path of opening race winner David Sieders.

Gutierrez assumed the lead as the battle for the minors heated up between Ben Walsh in the Western Sydney Motorsport Toyota Hilux and Borg. Winning out in the battle, Borg soon focused his attention to bridging Gutierrez’s gap as Walsh and teammate, series leader Craig Woods battled as the latter moved past Turn 5.

However, Gutierrez continued to extend his lead as Borg and Woods battled closely for second, but Walsh had Rohan Barry in his Abcor Racing entry for company, who in turn took third place.

Series leader Woods dropped out of contention when a tyre deflated at Turn 5 sending him into the sand trap and limping to pit lane.

The battle for third fell in favour of Barry after a lock up for Walsh sent him wide at Turn 1.

Gutierrez safely navigated his way through lapped traffic on the last lap to take a comfortable 6.3s victory from Borg, Barry, Walsh and Josh Hunter in the World’s Best Technology Mitsubishi Triton.

Tomorrow’s penultimate race of the weekend commences at 11:15am AWST (1:15pm AEST) live on Fox Sports and Kayo.