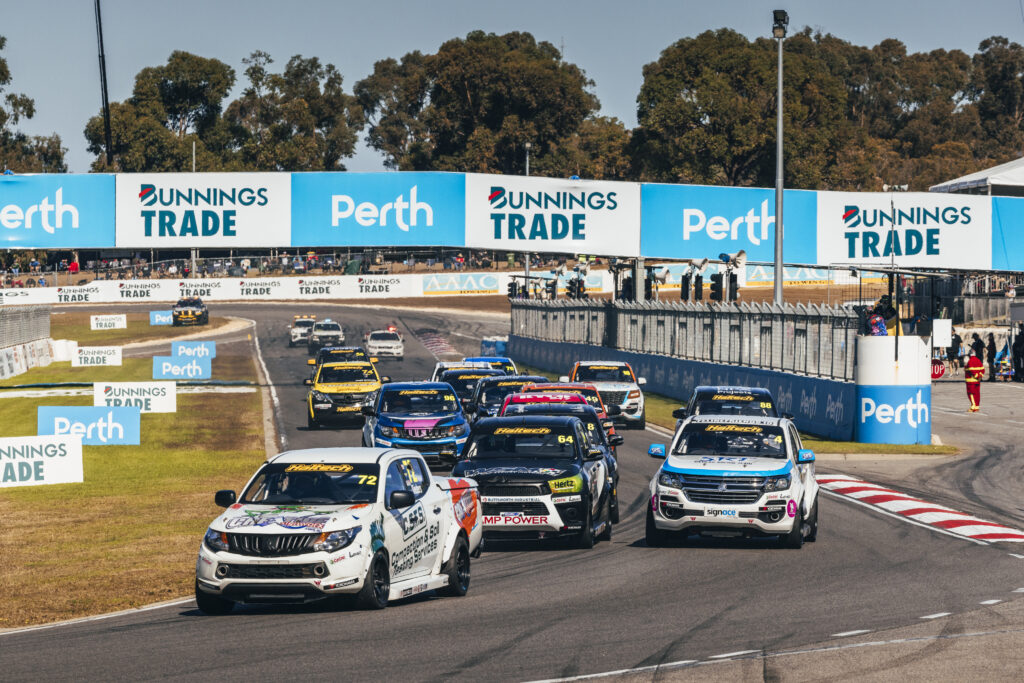 The entry list for the third round of the Haltech V8 SuperUtes Series at Winton has been confirmed for the category’s return to the rural Victorian circuit, an important event in the title fight

The entry list for the third round of the Haltech V8 SuperUtes Series at Winton has been confirmed for the category’s return to the rural Victorian circuit, an important event in the title fight.

The Sieders Racing Team Holden Colorado of Aaron Borg is on top of the standings heading to Winton, but it’s by a mere 13-points from former series leader Craig Woods driving the Western Sydney Motorsport Toyota Hilux.

Despite clean-sweeping both poles so far this season, Woods was unable to capitalise on the western seaboard after a tyre delaminated and a brake problem hampered his round at Wanneroo Raceway.

Although Woods encountered bad luck, teammate Ben Walsh picked up the pieces to take round victory courtesy of a win in the final race. It re-enhanced his title aspirations moving to fourth following a disappointing opening round at Symmons Plains and kept Western Sydney Motorsport’s unbeaten streak this season alive.

Redemption will be on Borg’s mind this weekend at Winton as although he holds a slender margin in the title race, a post-race penalty in Perth lost him victory for the round and final race.

Another who will be aiming for better is Craig Dontas. The 24.7 Ryco Mitsubishi Triton spun in Race 2 leaving the South Australian playing catch up for the rest of the weekend as he lies third in the standings.

Rounding out the top 10 in the standings are Mazda BT-50 duo Richard Mork and Craig Jenner.

Previous series winner David Sieders made a successful comeback to the category in Perth and is sure to play a part in title calculations later in the season.

Making their returns to the series are World’s Best Technology pair Gerrard and Jaidan Maggs, the latter after Josh Hunter deputised for him in Perth.

It’s an important round for Ellexandra Best as it is her home round, quite literally. Based in Benalla, just across the Hume Freeway from the circuit, Best will continue to make inroads on the top 10 driving the Best Leisure Industries Mitsubishi Triton.

Rounding out a competitive field are the Allgate Motorsport Ford Ranger of Chris Formosa and Dean Brooking in the Gates JKD Racing team Toyota Hilux.

Action at Winton begins for the Haltech V8 SuperUtes on Friday, May 20 with opening practice at 10:00am AEST before qualifying at 2:05pm AEST.