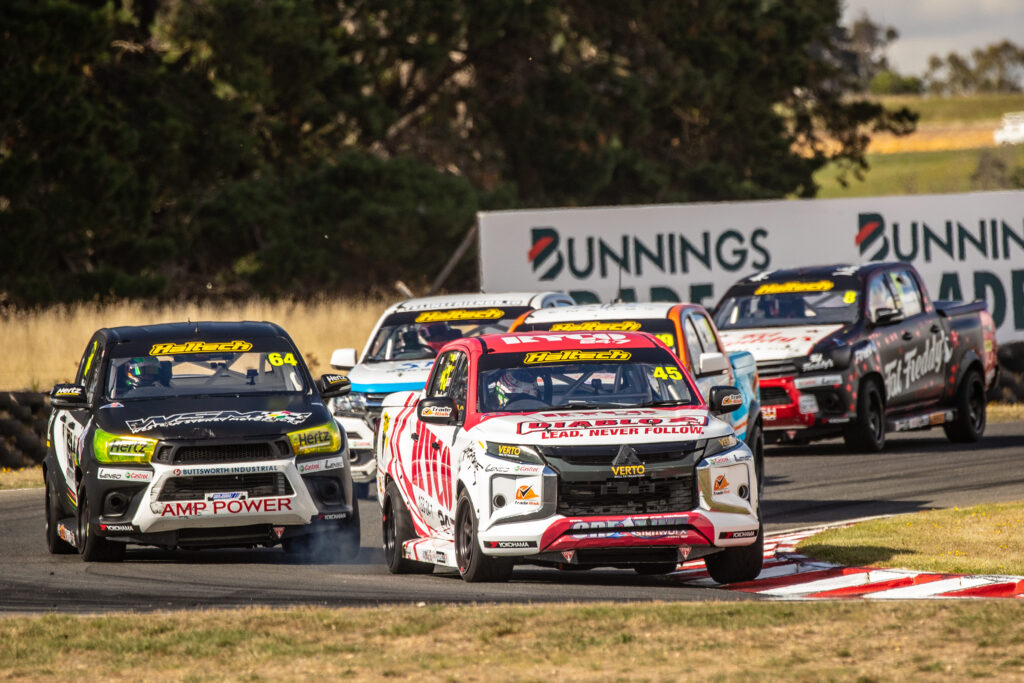 Like the opening round at Symmons Plains Raceway, 15 of the V8-powered utes will make the trek across to West Australia – another strong turn out considering the huge travel and logistics required to compete on the other side of the country.

Woods holds a five-point advantage from Ryco 24/7-supported Craig Dontas in the Sieders Racing Team Mitsubishi Triton, while last year’s title contender Aaron Borg successfully made the switch from Toyota Hilux to Holden Colorado to finish the round third.

The top three are covered by 10-points entering the category’s first trip to Perth in its V8 configuration.

New entries for this round add further depth to the field are previous race winner David Sieders, but also joining the grid for this round in replacement of Jaidan Maggs is former V8 Touring Car Series winner Josh Hunter.

For Hunter, it marks a return to the national scene after last contesting the final round of the Toyota 86 Racing Series at Homebush in 2016 and is not to be discounted as he aligns with the Sieders Racing Team.

Teammate to Hunter is the Ford Ranger mounted young gun Harry Gray, who will be aiming to improve upon his Symmons Plains debut.

Also, aiming to build on his Tasmanian results is category stalwart and teammate to series leader Woods, Ben Walsh in another Western Sydney Motorsport-prepared Toyota Hilux.

Following a podium result in Race at Symmons Plains, Go Sunny Solar Holden Colorado driver George Gutierrez is well placed to make a tilt at the title, as is Layton Barker in his NHP Electrical Engineering Mitsubishi Triton.

Motorsport veteran Richard Mork linked up with reigning series winners Peters Motorsport in a Mazda BT-50 for this season and made a solid start at Round 1, as did Bendix Racing’s David Casey in his Isuzu D-Max to be eight-points in arrears.