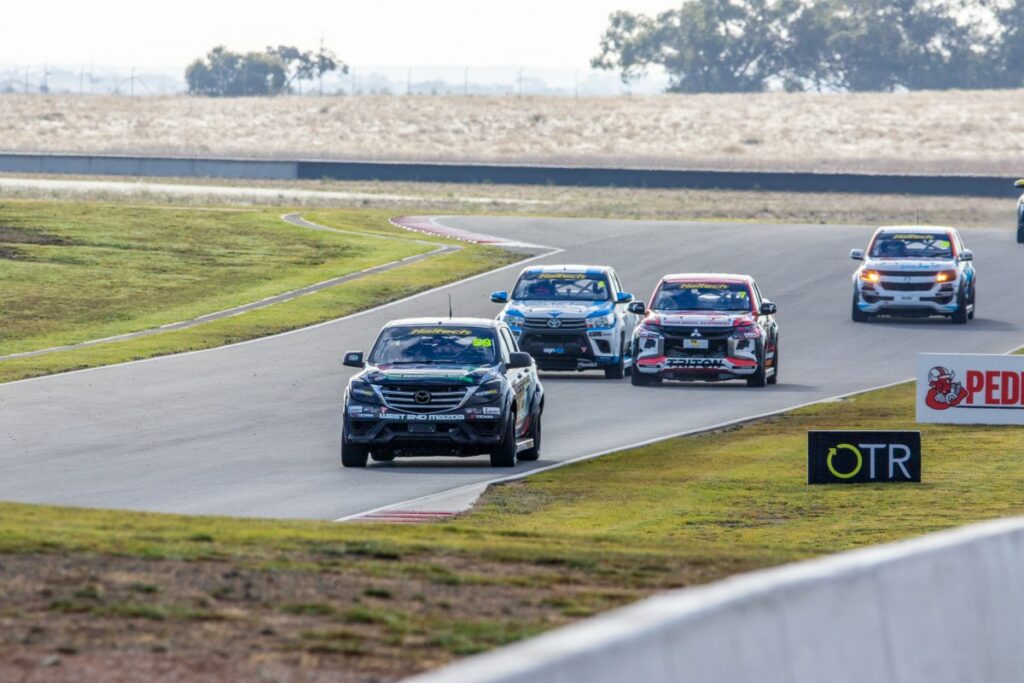 Ryal Harris has sealed overall honours in round one of the Haltech V8 SuperUte Series, winning race two at the OTR Bend SuperSprint this morning and finishing second behind Aaron Borg in the third and final race.

After winning race one, Harris started sixth for the second race, courtesy of the reverse grid format. But a mega start from the Mazda BT50 driver saw him moving up to second by the first corner, before taking the lead from the Mitsubishi Triton of Cameron Crick shortly thereafter.

Harris managed the margin to his rivals for the remainder of the race, taking victory by just over two seconds from Crick and Borg. George Gutierrez (Holden Colorado) ran in fourth position for much of the race, until a late spin dropped him to fifth behind Toyota Hilux runner Craig Woods.

Race two also produced the most amusing moment of the weekend; Michael Formosa spun his Ford Ranger, and in attempting to regain his bearings, he ended up completing a lap on the full 7.7km Bend GT circuit!

In race three, Crick took the early lead after beating Harris off the line, but his time at the front was short-lived, conceding the lead to Harris and second place to Borg before the end of the first lap.

Borg applied the pressure to Harris and was able to make a decisive move for the lead at turn six on the third lap, before driving to victory. However, second place for Harris was enough for him to seal overall honours for the round.

“Three weeks ago, the ute was just sitting in the carpark, they’ve put in a massive effort to get us onto the track.

“I’m really happy with the direction the category is heading in, the management team have done a great job to get it to where it is and it’s going to be a great year of racing.

“In the second race, I was surprised with how good my start was – it’s been ages since I’ve done a standing start, because the other categories I’ve raced in have rolling starts.”

Borg, who finished second overall, was satisfied with his team’s progress over the weekend.

“It was a great first weekend with the V8s in the SuperUtes, we’ve shown how good they are,” Borg said.

“We had some close racing with Ryal and Cameron, it was very entertaining. Hopefully we can push up to get a few round wins.

“We worked on the setup throughout the weekend, and by the last race we had it dialled in.”

Polesitter Crick ended up third for the round.

“Overall, it was a solid weekend,” Crick said.

“As everyone built up to it, we discovered a few issues with the Triton, especially with the rear end, which we’ll work on for upcoming rounds. It was nice to qualify on pole, but we didn’t quite have the race pace to win.”

The next round of the Haltech V8 SuperUte Series will be held at Winton Raceway, 28-30 May. 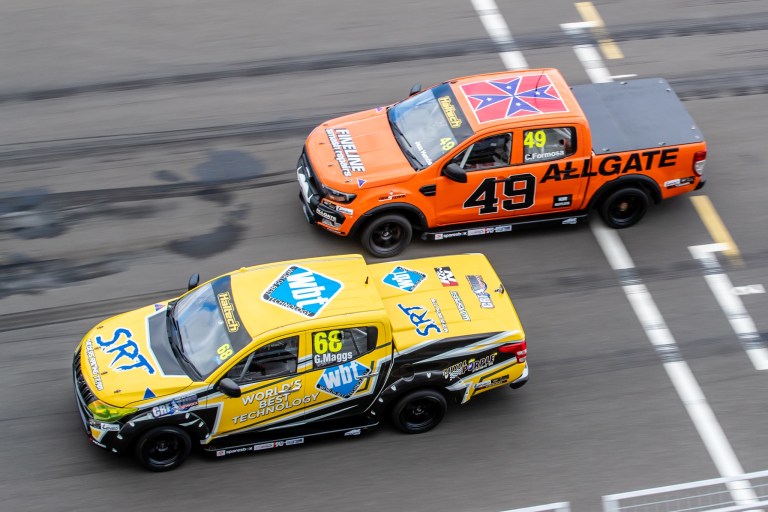