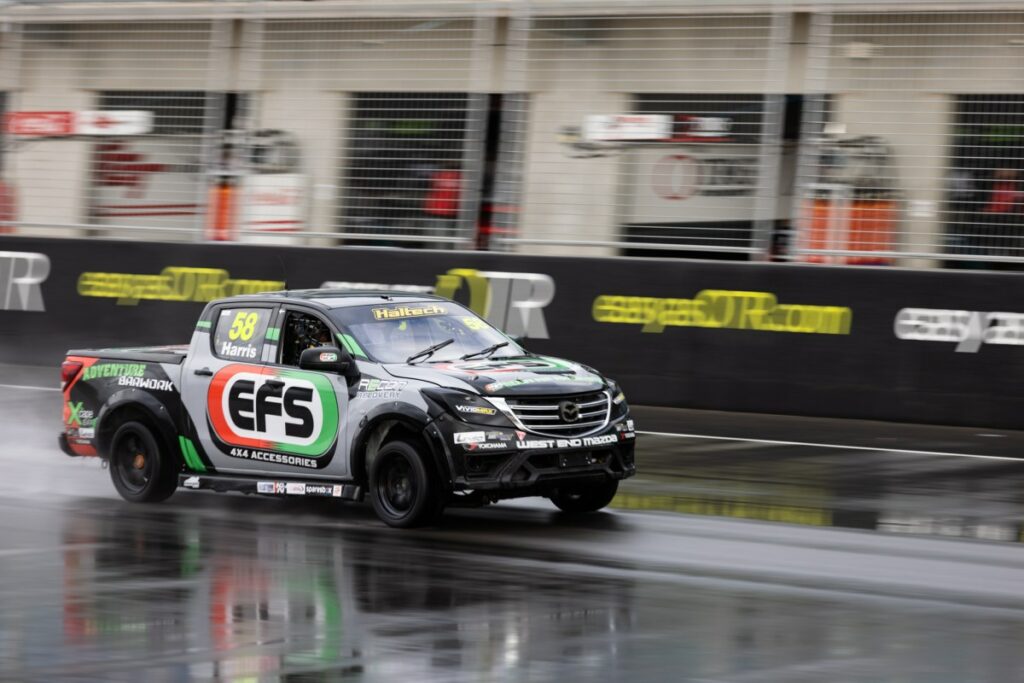 Ryal Harris has taken out the first race of the 2021 Haltech V8 SuperUte Series at the OTR Bend SuperSprint today.

Driving his Mazda BT50, Harris stalked polesitter Cameron Crick for the first two laps, before pouncing on Crick during lap three and pulling to a decisive four-second victory in wet conditions.

“Some of the other drivers made mistakes, and we didn’t,” Harris said.

“It’s a pretty good feeling to win today, considering we only finished putting the ute together on Monday morning.

“The Bend is an awesome track to drive in the dry, but it’s also a lot of fun in the rain. With the new tyres, the utes are quite grippy in the front, even in the wet.”

Crick led the race initially, but a couple of errors cost him the lead to Harris and he also fell behind Aaron Borg with three laps to go.

“I messed up the start a bit, but I stayed out of trouble, picked up the pieces and was happy to come away with second,” Borg said.

“I think it’s going to dry up tomorrow and we had some good pace in the dry practice sessions yesterday, so hopefully we can get up there with Ryal tomorrow.”

Crick was pleased with his qualifying pace, but rued some mistakes that cost him positions during the race.

“Ryal had me for most of the qualifying session, but I pulled my finger out at the end and it was good to get pole by half a second,” Crick said.

“In the race, I think we had the tyre pressures a bit too low, because we were struggling at the start. Because I was leading, I was the pioneer and I made a mistake over the back which allowed Ryal to get past, and then I made another mistake at turn one and locked the brakes.

“It will be good to have a race run in the dry tomorrow, to see where everyone pans out.”

Ben Walsh recovered to fourth position after a spectacular spin at one stage, with Craig Woods completing the top five.

The biggest incident of the race involved Craig Dontas, who lost control of his Mitsubishi Triton exiting the last corner and made heavy contact with the concrete wall, before coming to rest at pit entry.

The top six grid positions will be reversed for race two, which takes place at 8:35am tomorrow; the third and final race will be held at 1:55pm. 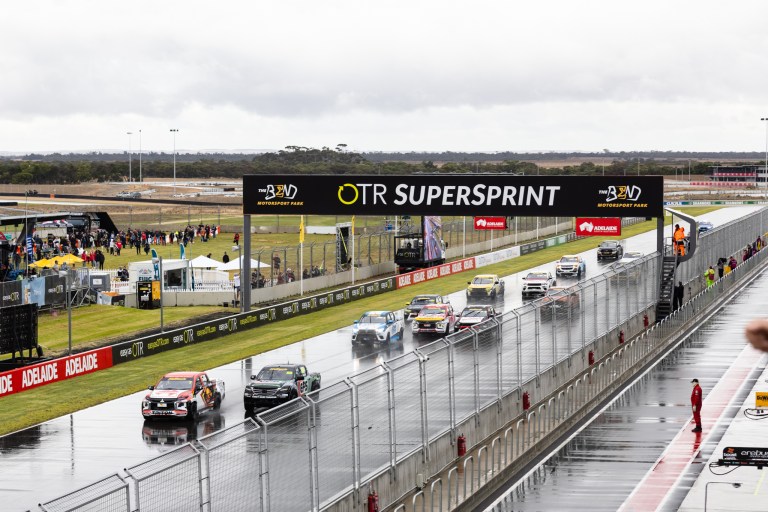