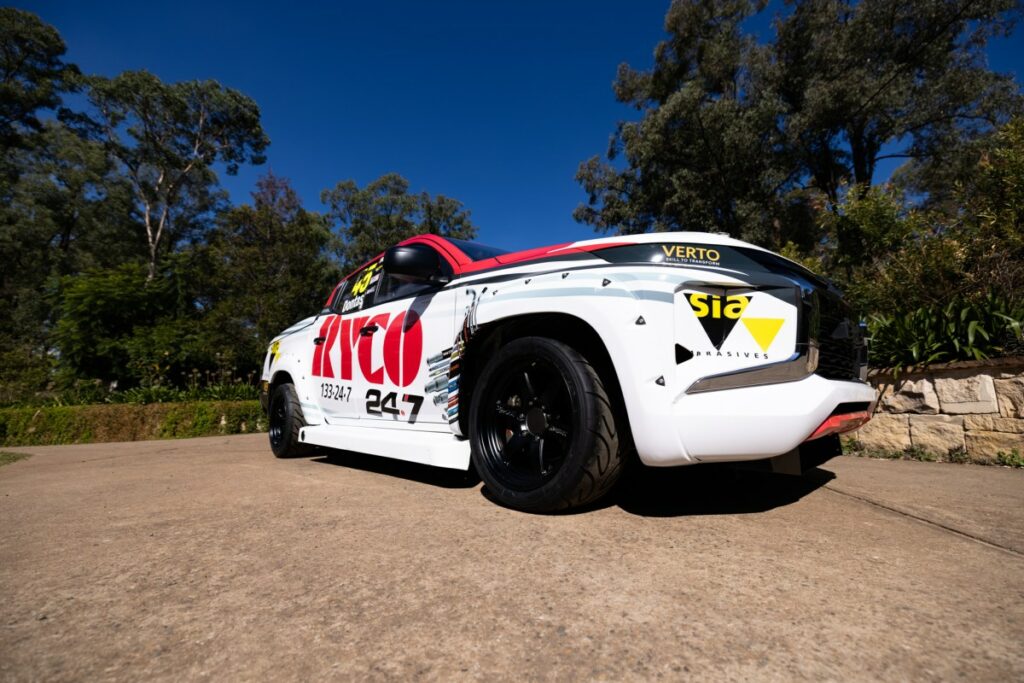 Craig Dontas has announced his return to motorsport competition after a two-year hiatus, securing a major commercial partnership with RYCO 24•7 Australia to compete in the Haltech V8 SuperUte Series with Team Triton.

Dontas was a front-running competitor in the V8 Ute Racing Series for a number of seasons, and also participated in the 2018 and ’19 SuperUtes aboard a diesel-powered Triton.

RYCO 24•7 also has a distinguished history in motorsport, having supported a number of teams and categories in both Australia and New Zealand.

According to RYCO General Manager – Sales & Marketing APAC Sean Babbage, the partnership with Dontas is an effective platform to promote the brand’s consumer benefits.

“It’s really all about building the brand and using motorsport to reinforce the qualities of RYCO 24•7 – speed to market and speed to service,” Babbage explained.

“We’re all very excited to be a part of the new V8 SuperUte category. Bring on Round #1 at Tailem Bend!”

Dontas is looking forward to his full-time return to motorsport.

“I’m really excited to be back and racing a V8 powered ute, this is my heritage and feels like a great homecoming,” Dontas said.

“Running the factory Mitsubishi team with the diesels was enjoyable, so was helping out some new talent, but after sitting out for so long I felt it was time to step back in and have a go!”

The Haltech V8 SuperUte Series commences at The Bend Motorsport Park next weekend, 8-9 May, with the final entry list to be announced early next week.