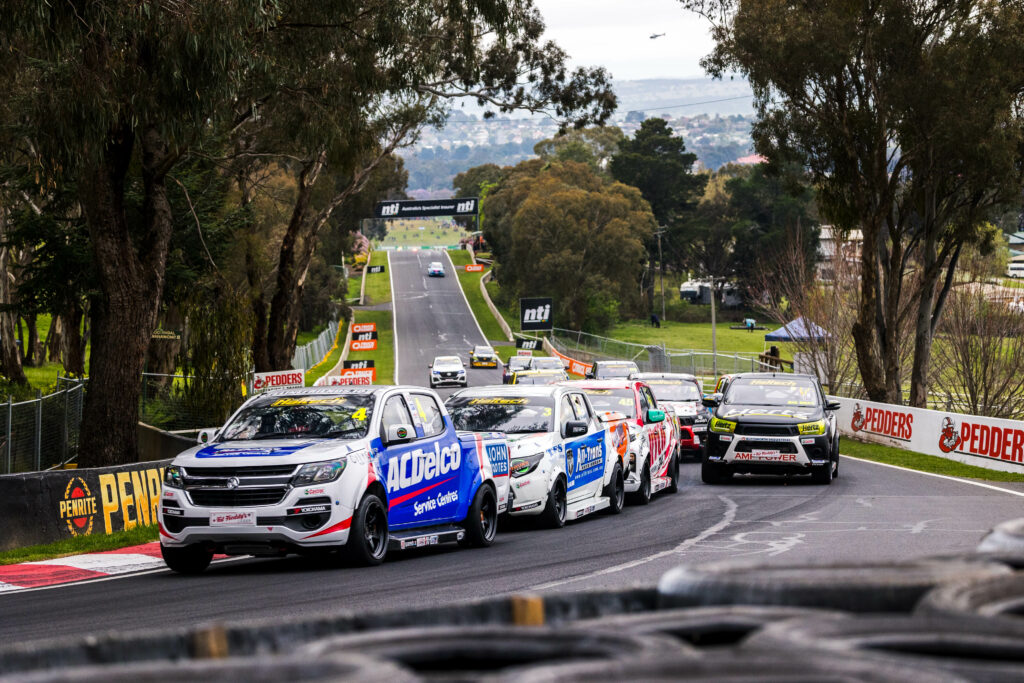 The Haltech V8 SuperUte Series has announced a six-round calendar for 2023, including a mix of SuperSprint, SuperNight and marquee events in support of the Repco Supercars Championship once again.

The new season will commence at Barbagallo Raceway in April before heading to Sydney Motorsport Park in July for the sole SuperNight event of the season.

The category will return to Tailem Bend for the third round in August and will wrap up the season with three back-to-back marquee events at Sandown, Bathurst and Gold Coast.

“What a highlight to be supporting both Supercars enduros next year. It’s a testament to how much the category is cementing itself as a genuine steppingstone for young drivers,” said category manager Luke Sieders.

“We had a great 2022 with six different overall winners at six different rounds; you can’t get more competitive than that which has peaked a lot of interest for next year, to be honest. We’re on track for a record number of more than 20 entries at our first round in Perth, which is fantastic.

“We’ve done a lot of hard work this year to finetune the category regarding media exposure, fan activations and operations. The aim is to not just build a strong category but be a leader in market relevance as well. The twin-cab ute spectator base is super passionate and supportive of what we’re doing, so racing across five different states and with some new rounds in 2023 will help us grow even more,” concluded Sieders.

Tickets for all six rounds will be on sale via the official Repco Supercars Championship website here: https://www.supercars.com/2023-calendar/