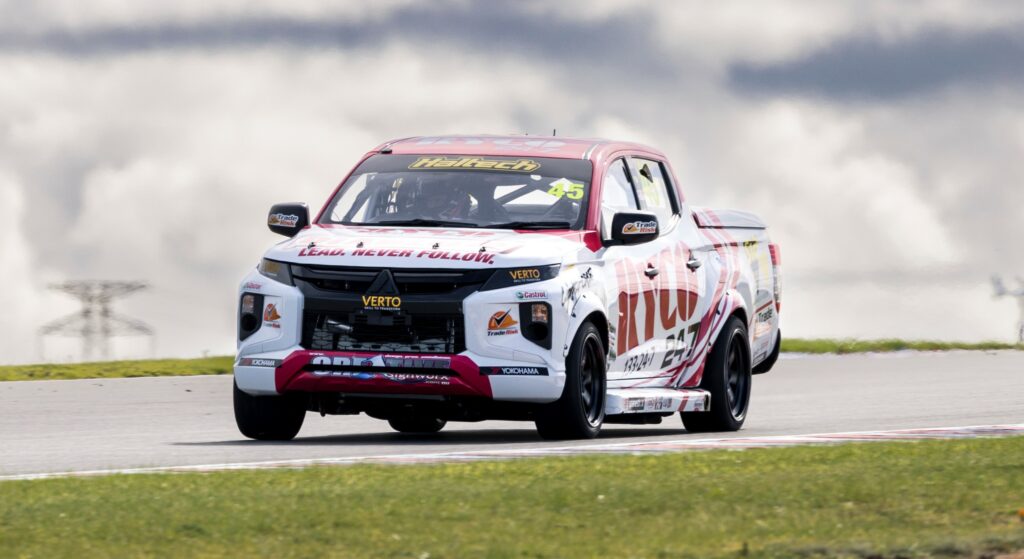 Adam Marjoram has made a perfect start to his cameo Haltech V8 Superutes Series appearance at The Bend Motorsport Park by securing pole position in the Ryco 24.7 Mitsubishi Triton.

Deputising for regular driver Craig Dontas, Marjoram makes a return to the utes after being a regular in its previous iteration from 2013-2015 before progressing to Super2.

Form driver of the series, David Sieders lines up third in his Sieders Racing Team Mitsubishi Triton alongside the Western Sydney Motorsport Toyota Hilux of Craig Woods, with the top four contenders split by just 0.064s.

Lining up behind is debutant Ryan Gilroy driving the Sieders Racing Team Ford Ranger, while Rohan Barry was eighth in the Abcor Racing Toyota Hilux.

Earlier, it was hometown driver Gutierrez on top in the sole practice session of the weekend finishing 0.319s clear of Borg, Woods, Sieders and Walsh.

The opening race of the Haltech V8 Superutes at The Bend Motorsport Park is scheduled for 9:40am AEST (9:10am local time).