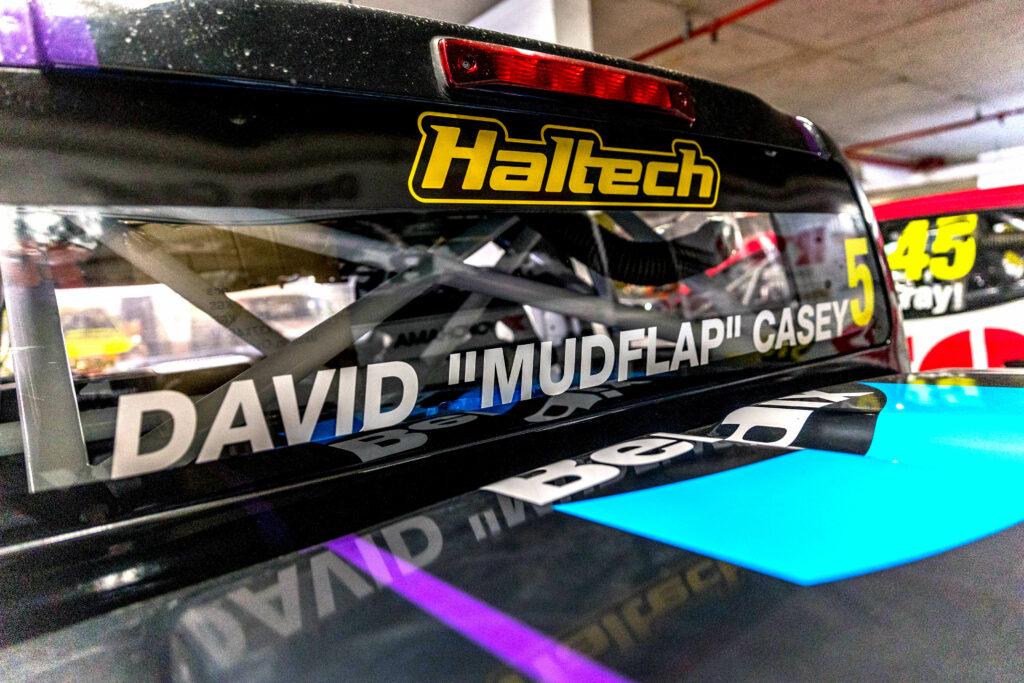 The final round of the Haltech V8 SuperUte Series Season for 2022 will honour the category’s racing DNA with each competitor running nicknames on their race cars; a feature that will continue into next season.

Originating during the first generation of the V8 Ute Racing Series, the fan-friendly marketing gimmick was an instant hit, with the likes of ‘Sideways’, ‘Jazz Hands’ and ‘Big Sexy’ becoming household names among the formula’s fans. Those nicknames will make a comeback on the streets of Surfers Paradise this weekend, along with new monikers like ‘Mudflap’, ‘Notzak’ and ‘Styles’ for drivers who are new to the SuperUtes.

DAVID “MUDFLAP” CASEY: “Mudflap is for my mullet and because of my background in 4×4 and off-roading.”

RYAL “THE KID” HARRIS: “When I first started racing in the utes I had sponsorship from Grove Fruit Juice, so I used to be known as the OJ Kid and that’s how ‘The Kid’ kind of stuck ever since.”

GEORGE “EL GRINGO’ GUTIERREZ: “I did a once-off ute race at the Adelaide 500 back in 2016 and that’s the name we used the, manly due to my ethnicity. I’m Australian born with Chilean parents.”

DEAN “THE PROFESSOR” BROOKING: “The Professor was given to me by the Excel committee back in 2015 because I was always reading regulations and looking for enhancements in every little aspect of vehicle set-up and build.”

CRAIG “BIG SEXY” WOODS: “I was crowned “world’s sexiest man” in a competition on my bucks cruise in 2015, and I love hip hop and Biggy Small’s. So the boys started calling me Big Sexy.”

Keep an eye on the SuperUtes social pages this weekend for more background stories on each competitor’s nicknames.

The final round of the 2022 Haltech V8 SuperUte Series will run on the streets of Surfers Paradise this week, October 28-30, as part of the Boost Mobile Gold Coast 500 event for the Repco Supercars Championship. First practice starts on Friday morning.

Watch all races live on Fox Sports 506 and streamed on Kayo across October 28-30.