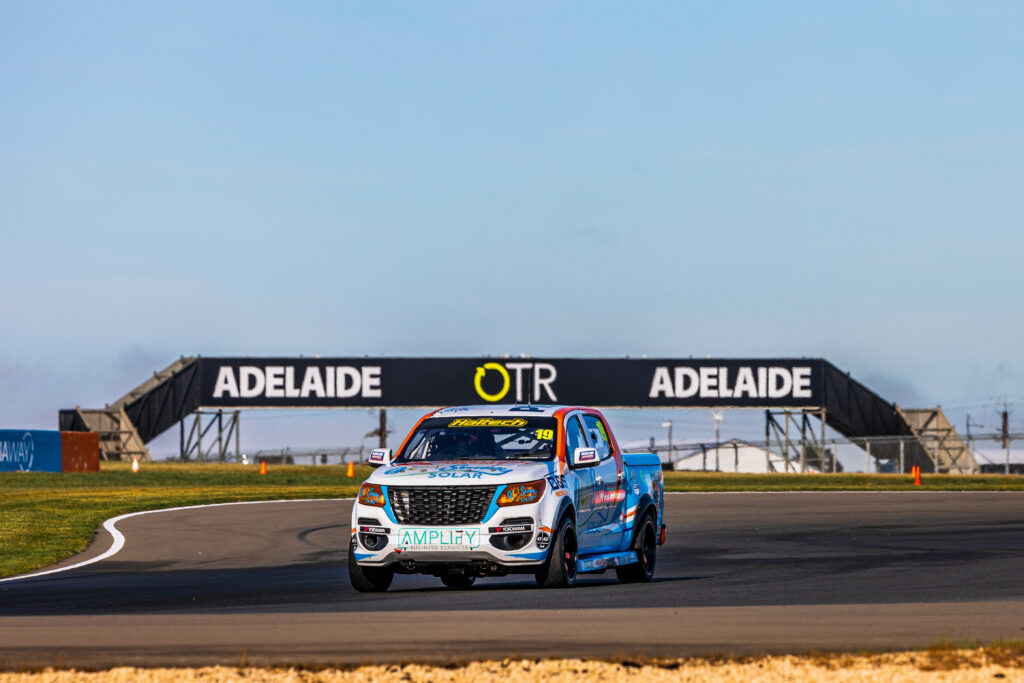 The halfway mark of the 2022 Haltech V8 SuperUte Series will see title contenders step up their game in front of a South Australian crowd in what is a strengthened field for Round 4 at The Bend Motorsport Park this weekend (July 29-31, 2022).

With new naming rights backing from ACDelco, Borg leads the championship by 90 points heading to The Bend, after scoring two race wins and six additional podium finishes so far this season. Borg helped launch the new all-makes ACDelco and Holden Certified Service Centre in Portside, in the north-western suburbs of Adelaide, on Thursday night along with Supercars stars from the Red Bull Ampol Racing.

“Having a brand like ACDelco on board is a great thing for both my own career but also for SuperUtes in general,” said Borg. “It shows how the level of exposure of the series is expanding. We just need to go out there and try to win as many races as we can. There’s plenty of fast drivers – the series has had seven different drivers on round podiums so far this year – so it’s hard to know who will be our biggest challenge. George [Gutierrez] will be very quick at The Bend though because it’s his home track, so I’m looking forward to the challenge.”

Twenty-six year old Gutierrez in the #19 Go Sunny Solar ute jumped to second in the championship after a strong Round 3 at Winton, where he finished on the podium for all four races. Based in Adelaide, the only SA-based driver on the entry list says he’s looking forward to racing in front of a home crowd for the first time since the V8-era of the category made its debut at the circuit in early 2021.

“The Bend is quite a unique track because it has corners that are real fast and long and loaded, and then there are corners that require deep braking and a slower attack, so it’s got a bit of everything,” said Gutierrez. “Laps around here are quite crucial because it’s such a long track, the biggest we’ve been to all year. All the others are like six or seven corners and now we’ve got 18, so I think the field will be a bit more spread out but it should promote some good racing because the it’s such a wide track. You can afford to try and run to the inside which will make things interesting.

“For us we’re in a good position for the championship but I think the problem for us so far is that the tracks we’ve had this year are ones we’ve never been to before so the first 15 minutes is me learning the track and then going straight into qualifying. This weekend I know the track so hopefully it should pay dividends,” said Gutierrez.

Round 4 of the Haltech V8 SuperUte Series starts today at The Bend Motorsport Park, Tailem Bend, South Australia with four races held across Saturday July 30 and Sunday July 31. TV coverage across the weekend will be via Kayo and Foxtel (Fox Sports 506).