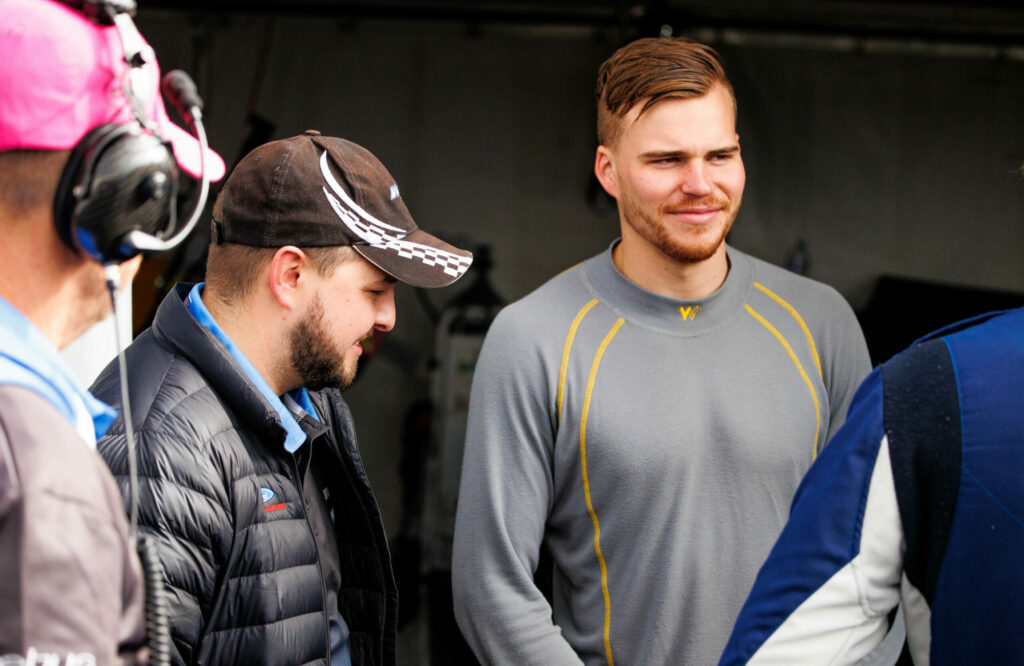 Having made appearances in the Haltech V8 SuperUte Series back at the opening two rounds of 2022, Harry Gray will return to compete at the season finale next week (October 28-30) on the streets of Surfers Paradise, taking the wheel of the #45 RYCO 24•7 Racing Triton, recently vacated by Craig Dontas.

We caught up with them both about the difference between the SuperUte and the Toyota 86, thoughts on racing at the Boost Mobile GC500 and plans for 2023.

Harry, you’ve mainly been focussing on the TGRA 86 Series this year, but you did two rounds of SuperUtes at the beginning of 2022. Did you have fun in them?
GRAY: “The SuperUtes are an absolute beast to drive, the sounds they make, the flames they shoot, they are by far the best race car I’ve driven to date. A lot of people really underestimate them. They are a proper race car, and until you see one, hear one or drive one you just don’t understand.

“It’s actually funny because I’ve never had a test day in a SuperUte; they’ve always been last minute call-ups. The nerves are really getting to me but racing the streets of the Gold Coast is going to be awesome. I’m looking forward to it. [Aaron] Borg for sure is the man I’ll have my eyes on at the GC500, I will be working alongside him closely and soaking all the information I can.”

You come off a big season of Toyota 86 which finished at our last round, Bathurst. How will you have to switch your driving styles back to suit the SuperUte?
GRAY: “Finishing Bathurst 6th for the weekend and walking away with 5th in the championship, I couldn’t be happier for the troubled year we had. I think the consistency is what kept us there. Bathurst was good for us to really be able to show the speed and pace we had, finally having a trouble-free weekend.

“There is a huge difference in driving style. The Toyota 86 still has ABS brakes and about half the horsepower of a SuperUte. My driving style will change dramatically, it’s like comparing a baby walking versus an adult running, you just can’t compare the two.

What are your plans regarding SuperUtes. Will we see you next year perhaps?
GRAY: “My main focus is to get through Gold Coast trouble-free and see where we end up for the weekend. But regarding my future plans for 2023 and the V8 SuperUte Series, I really do see myself giving the championship a red hot go.

Craig, Bathurst was a huge weekend for your retirement from full-time driving but rather than choose a known quantity to fill the seat, you chose young driver. What made you interested in having Harry steer your Triton?
DONTAS: “Harry has great potential. I saw him race the SuperUte earlier this year, he gave me a run for my money! Plus he is part of the Sieders Racing Team Toyota 86 program, so it was a no brainer.

How do you feel he’ll go for what is only his third round in the SuperUte around a track like Surfers Paradise?
DONTAS: “He will be good. The biggest thing is getting his head around the tough and tight GC500 track. But I full faith he will go well and be up the front. I’ll be walking him through my knowledge of the track. There are a few secrets to navigate and to help really use those curbs to his advantage. So I’ll really work with him to unlock all the secrets so he’s well prepared as they roll out Friday morning.”

The final round of the 2022 Haltech V8 SuperUte Series will run on the streets of Surfers Paradise next week, October 28-30, as part of the Boost Mobile Gold Coast 500 event for the Repco Supercars Championship. First practice starts on Friday morning.